Our Region 5 team this year ended with a bang!

As team lead, I would like to say how immensely proud I am of everyone who participated. We worked together to make incredible progress on a well-executed robot, and all our technical and collaborative efforts payed off.

Our robot has a base mechanical design consisting of a custom waterjet cut aluminum frame, a two-wheel drive train powered by DC motors with built-in encoders, a sorting disc to store all of the differently colored tokens from the field, and a bike sprocket with a chain and an electromagnet on the end that acts as a pulley to pick up and sort the differently colored tokens into the disc. 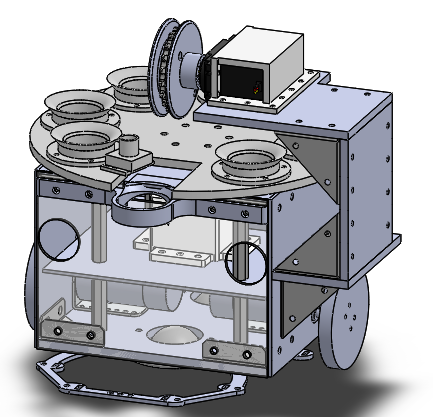 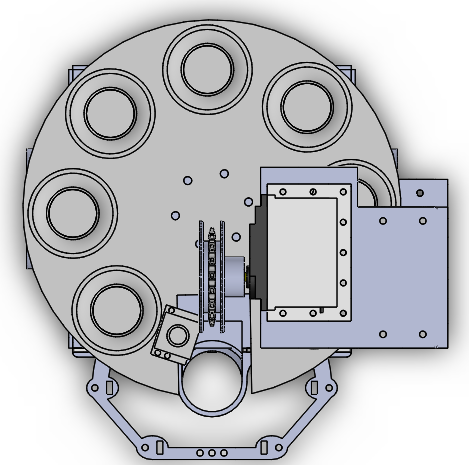 Our electrical hardware consists of two Arduino Megas plugged into custom printed circuit boards (PCBs), mounted into the frame of the robot with 3D printed cases to insulate them and hold them in place. One of the Megas, referred to as the “primary” board, was used to implement the gameplay algorithm and call the various functions needed for token control. The “drive control” board, on the other hand, handled turn and line follow functions. The two boards communicated via I2C. 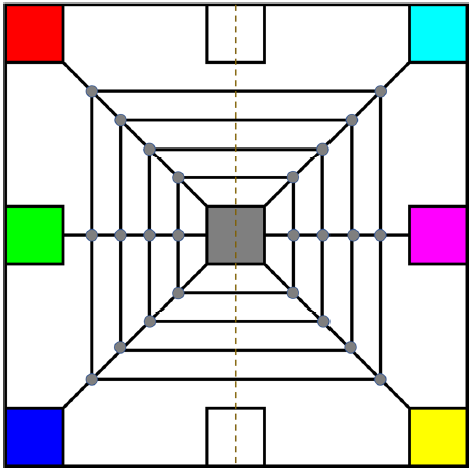 On the software side, we managed feedback from 6 point line sensors, 2 array line sensors, 2 motor encoders, and an RGB sensor (used to sort tokens). In order to know where we are while we traverse the field, we created a graph with each node representing an intersection in the field’s black lines. While on the field, we were able to identify and differentiate different intersection types by aligning a system of 6 point line sensors around the location of our planned token pickup. We also created a testing GUI that uses serial feedback from the Arduino boards to update the robot’s perceived location within the context of our map as we tested our progress. 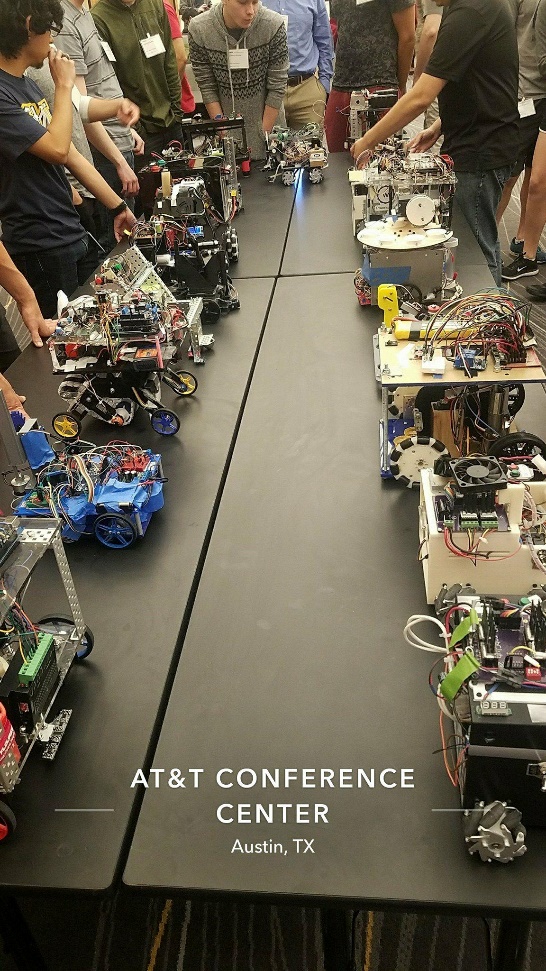 Unfortunately the few days leading up to competition we had some serious hardware setbacks. However, we were still able to tie for 10th place out of 30 teams. The competition was held in the AT&T Conference Center. Below are some photos from the day of the event. 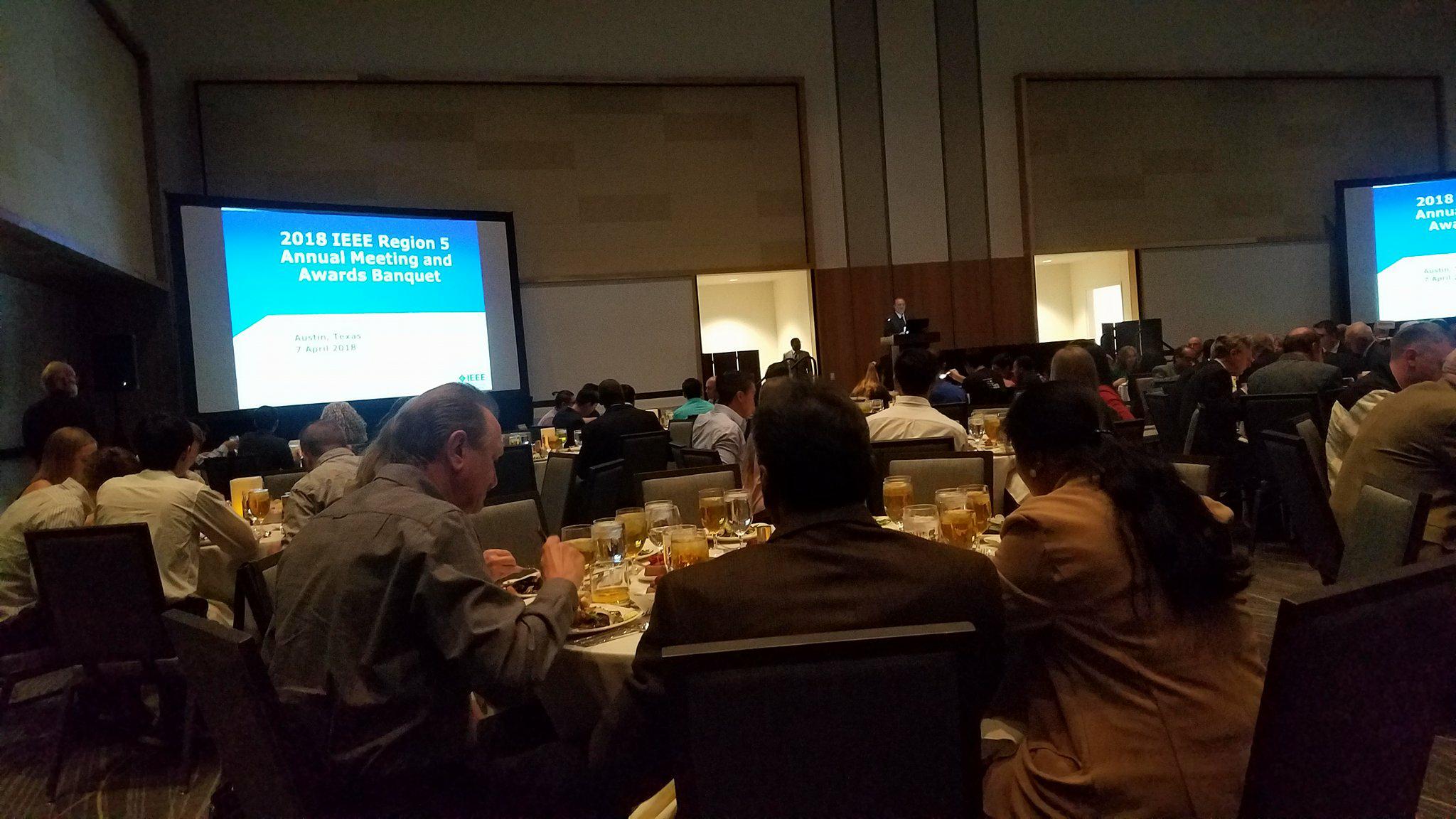