After at least two years, the couch of UT IEEE RAS rolls again!

The society dearly loves its furniture. In late November of 2012, RAS mounted a motorized wheel system to the communal couch. The couch was subsequently fitted with RGB LED lighting and a speaker system for the 2013 Red Bull Creation Contest. Relevant videos may be found here and there. And this was not even the first iteration: a similar couch, since lost to the ravages of time, was built in early 2010, as documented by this!

The couch had not survived the interim until now well. It has not, to my knowledge, moved once in the past half decade under its own power—until now. For the past few months, a dedicated team of RAS furniture ninjas has unceasingly (technical term for ‘about one hour per week’) restored the couch to functional condition. This included unjamming a gearbox, rewiring the system (sorry, RAS alumni, but that hack you put together was not pretty), and writing some test code (found at GitHub).

As a result of our tireless efforts, the couch now moves. We offer proof at YouTube. However, progress still needs to be made. The drive system has seen its best days, the couch upholstery is well past its prime, and, most shockingly, the couch boasts neither speakers nor lights! Thus, we hope to, after moving to our new home in the new UT Austin EERC building next year, redesign and rebuild the couch, properly, this time, to again make its fabled trip down Speedway street. 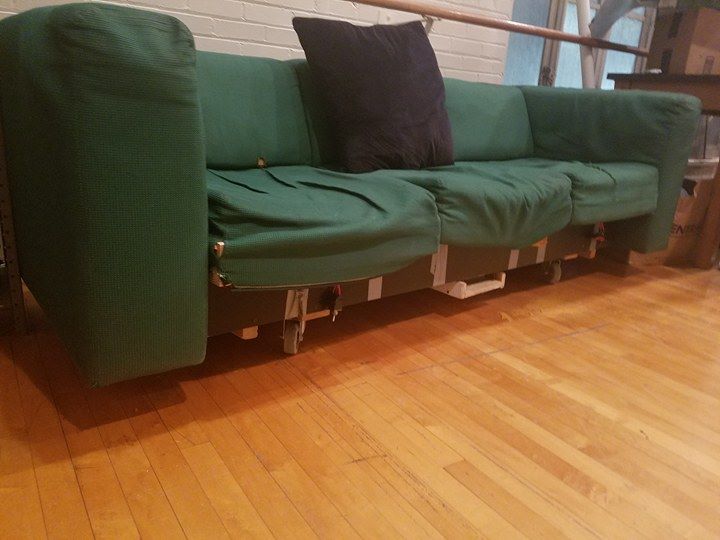