Hello! My name is Ian and I am the mechanical team lead for Dancebot. There has been a lot of participation by RAS members in designing the mechanisms of both the Dancebot Mothership and the Baby Dancebot. I’ll start off by giving updates regarding the Mothership team and later I will pass the spotlight off to Reiko to discuss development of the Baby Dancebot!

For those who may not already know, the Dancebot Mothership chassis is actually being retrofitted from the old Litterbot chassis that was used in the previous Region 5 committee.

The key features of the Dancebot mothership include: 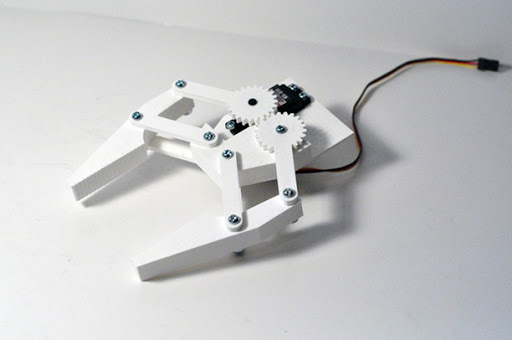 We have made plentiful use of Solidworks CAD in order to create parts and new assemblies of the Mothership. Recent CAD modeling includes creating several unique brackets for the new side panels that were added to the assembly (see below) in addition to altering existing brackets. 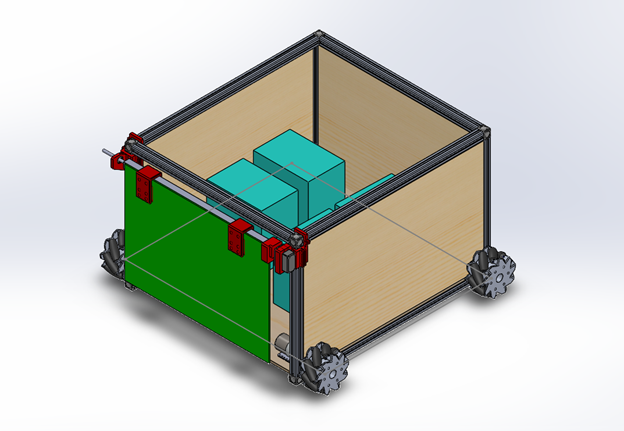 Either way, progress is good, and we are making the best out of working in a virtual environment. With that said, I’ll hand it off to Reiko to talk a little bit more about the Baby Dancebots!

Hi there! This is Reiko, and I’ll be giving updates on the mechanical redesign of Dancebot- our V2.0!

When we first began discussing the redesign, we considered the possibility of adding more joints (knee and/or arm movement). We ultimately decided against it, because adding more segments made Dancebot bulkier in size and we wanted to preserve the iconic, simplistic look Dancebot currently has. 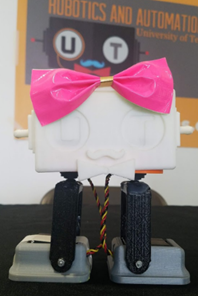 The major factors influencing V2.0 is 1) new servos that are smaller in size and 2) accommodating Dancebot’s new LED eyes. So the Dancebot is separated into different components: the head, body, legs, and feet. What major changes have we made? 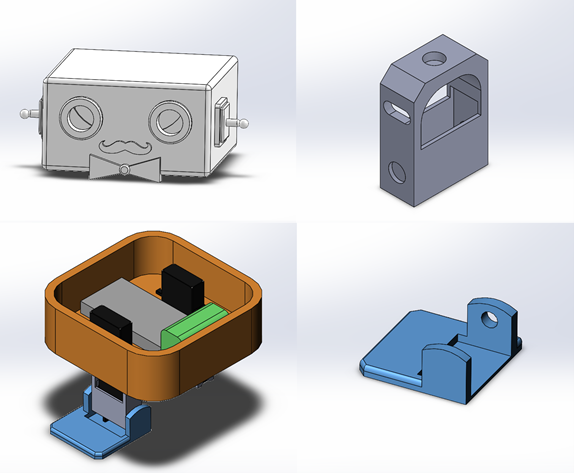 Overall, our current V2.0 addresses the new electrical components AND makes the Dancebot slightly smaller! We’re just waiting on the servos to be shipped so we know accurate measurements to modify the bottom half before 3D printing our prototype.

Our next steps are ensuring Dancebot’s upper half can be lifted by the Mothership’s claw securely and refining the CAD for printing and feasibility. The Dancebot swarm is slowly coming to fruition!